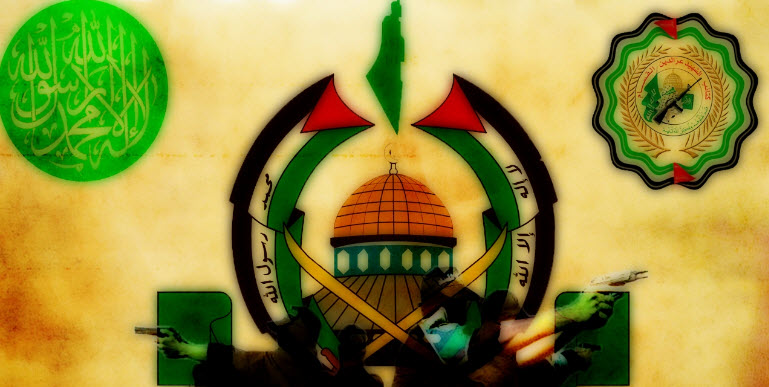 A selection of posters produced by the Palestinian Islamist movement HAMAS including by its political branch, military wing (the Brigades of the Martyr ‘Izz al-Din al-Qassam), and media departments and including posters to commemorate “martyrs” and mark major events in HAMAS’ history. The group’s visual culture combines both religious and nationalist symbols and motifs.

South Asian Sunni jihadis are marking the 12th anniversary of the July 3-11, 2007 siege of the Lal Masjid (Red Mosque) in Islamabad by Pakistani government forces, which were responding to increasing violent activism by male and female students at the mosque’s two schools including its now famous women’s madrasa, Jami’a Hafsa. These groups include pro-Al-Qaeda and Islamic State militants as well as Pakistan and Kashmir-centered groups including the sectarian Lashkar-e Jhangvi.

The mosque’s deputy imam, ‘Abdul Rashid Ghazi, who was killed during the siege, became a central “martyr” figure in Sunni jihadi visual and literary cultures, particularly but not only to South Asian groups. Different factions of the Tehrik-i Taliban Pakistan, the Islamic Movement of Uzbekistan, and the Islamic Jihad Union have named military attacks or campaigns and special units after him or in memory of the scores of students and others killed during the siege by government forces. Ghazi and the other martyrs were eulogized by Al-Qaeda Central (AQC) and other major jihadi groups and figures, with Ayman al-Zawahiri and the late AQC leader Abu Yahya al-Libi placing him in the pantheon of the “mujahid ‘ulama” who, they said, are exemplary figures for the Umma.